#FoodForHope - Video from our Eid-al-Fitr distribution 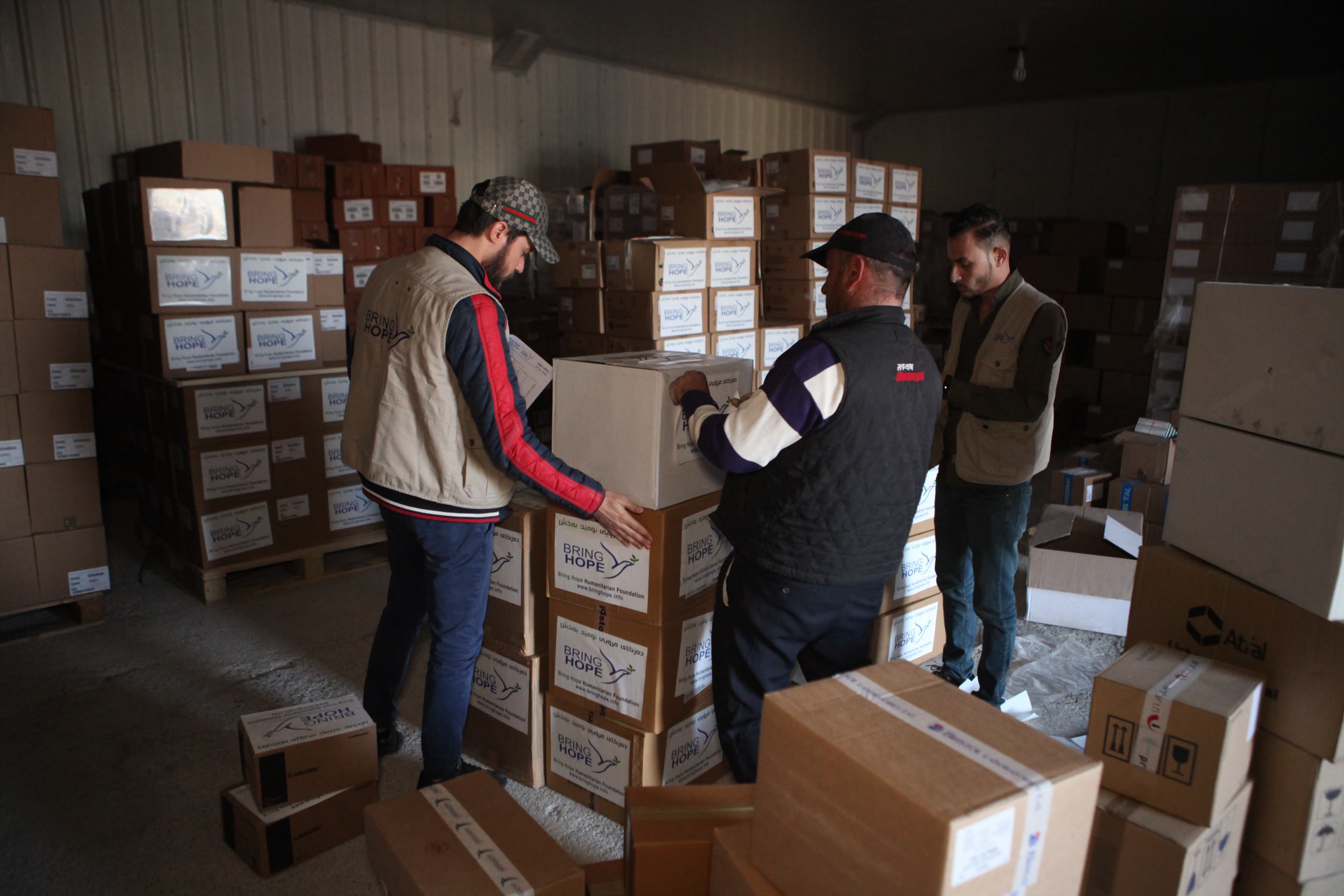 During Ramadan, generous supporters of Bring Hope Humanitarian Foundation donated what they could to our project #FoodForHope. It proved that every penny counts and we are proud to show you this video of the end result. Our team in Northern Iraq received 100% of the funds collected. They purchased, packed, and distributed food for over 200 of the most vulnerable families living in IDP camps close to and around Mosul. This was done in relation to the Eid-al-Fitr celebrations, an important holiday for many.

#FoodForHope was an initiative that we at Bring Hope Humanitarian Foundation started this year for the period of Ramadan.

In essence, we wanted to highlight the severity of the situation for displaced individuals living in Northern Iraq and do a project that would benefit the most vulnerable individuals living in the IDP camps. Our goal was ambitious, and we hope that for future projects our outreach can be even bigger than it ended up to be this time.

We reached over 200 families and that is a great outcome regardless. We distributed food packages over two days in two different camps. Firstly, we met 82 families living in the Khazir M1 camp outside Mosul.

These families have recently arrived in the camp and have little to very little in regard to food and shelter. Thus, they were our priority.

Khazal has lived in an IDP camp located in Northern Iraq since 2017. Four years in a tent in freezing winters and scorching summers. With his heart-wrenching personal story we want to tell the story of many. Losing family members, fleeing from home, having to leave school and education, and living in constant uncertainty. Conditions are harsh, and basic things such as electricity, food and water are limited. Khazal has been one of the people that we have fundraised for during this Ramadan.

When we met Khazal he was optimistic still, and with aspirations to build a house for his family in the future we can only but admire him. With the month of Ramadan, and the upcoming Eid-al-Fitr, the optimism prevails and Khazal will celebrate with his family. This time of year during Ramadan is for the 1,6 billion muslims across the world including Khazal, a time of community and sharing food with family and friends.

With a month of fundraising, we have managed to reach over 200 of the most vulnerable families living in IDP camps in Northern Iraq with food packages for this special celebration.

We will share the results and photos from the distribution shortly.